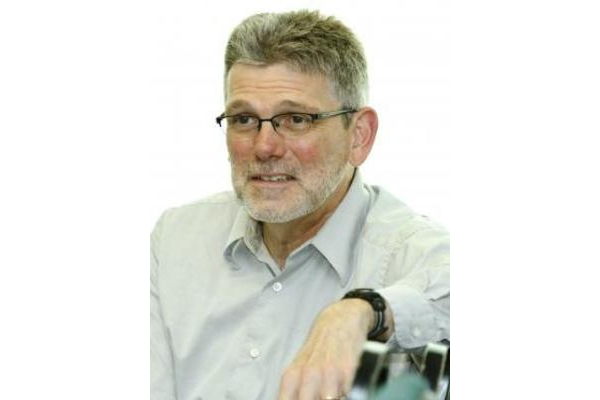 Over a hundred students, colleagues, and friends gathered in person and virtually on Monday, May 2nd to celebrate Arts and Humanities Distinguished Professor Brian McHale, who is retiring at the end of the semester. McHale leaves behind an impressive legacy as a scholar and teacher. His pioneering study of postmodern literature, Postmodernist Fiction (1987), remains influential, widely taught, and, as Robyn Warhol noted in her tribute to his scholarship, is one of the most-cited works by any scholar working in narrative theory. But even beyond his impressive scholarly resume, the day's tributes underscored that McHale's legacy will also be defined by his collegiality and kindness, as well as by the many institutions that have flourished because of his efforts. Evan Van Tassell reflected on McHale's talents as an adviser, pushing his students to success by taking them and their work seriously. James Phelan recounted how it was McHale's arrival at Ohio State that helped prompt the creation of Project Narrative, the world's preeminent narrative research collaborative. And Susan Williams, chair of the English department, remarked that while words like "world-renowned" are often thrown used to describe impressive individuals, they are rarely more appropriate than in McHale's case. Indeed, as the event wound down a Zoom screen full of smiling faces, hailing from Mississippi to New Zealand, delivered a final appreciative round of applause. McHale will be missed, but he leaves behind an English department that is undoubtedly improved for having had him. And his reputation as an exemplary scholar, writer, and teacher will live on in the newly renamed Brian McHale Prize for Best Graduate Paper in Narrative Studies. The award was previously named after Sheldon Sacks, in honor of the teacher who first introduced Project Narrative director James Phelan to narrative theory. Now, it will honor McHale, who has left an enduring mark on narrative theory, Ohio State, and countless individuals.

View a recording of the event here.