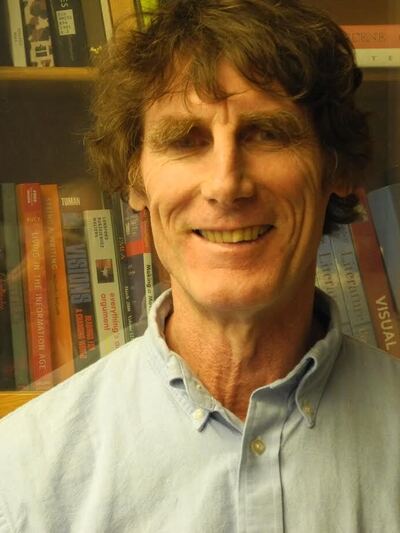 James Phelan teaches and writes about narrative theory, the medical humanities, the English and American novel, especially from modernism to the present, and nonfiction narrative. He is the first person in the history of the English department to be awarded both the Alumni Distinguished Teaching Award (2007) and the Distinguished Scholar Award (2004). He is the author or co-author of 10 books and editor or co-editor of another 10, as well as approximately 175 essays. His research has been devoted to thinking through what it means to conceive of narrative as rhetoric, even as his individual books have focused on specific aspects of that conception. He has written about style in Worlds from Words (1981); about character and narrative progression in Reading People, Reading Plots (1988), about a rhetorical approach to a range of narrative techniques and their consequences in Narrative as Rhetoric (1996); about character narration in Living to Tell about It; about judgments and narrative progression (again) in Experiencing Fiction (2007); about literary history and 10 American novels in Reading the Twentieth-Century American Novel (2013); about the larger project of rhetorical poetics in Somebody Telling Somebody Else (2017); and about his concepts of mimetic, thematic and synthetic components of narrative in a dialogue book with Matthew Clark, Debating Rhetorical Narratology (2020).

Since 1992, Phelan has been the editor of Narrative, the journal of the International Society for the Study of Narrative, recently ranked first in the category of “Literature and Writing” by googlescholar. Phelan co-edits, along with Katra Byram and Faye Halpern, the Ohio State University Press book series, The Theory and Interpretation of Narrative.

In 2013, Phelan was awarded an honorary degree from Aarhus University. An Honorary Award video showcases his achievements. In 2016 he was elected a member of the Norwegian Academy Science and Letters. In 2021 he was named the winner of the Wayne C. Booth Lifetime Achievement Award from the International Society for the Study of Narrative.