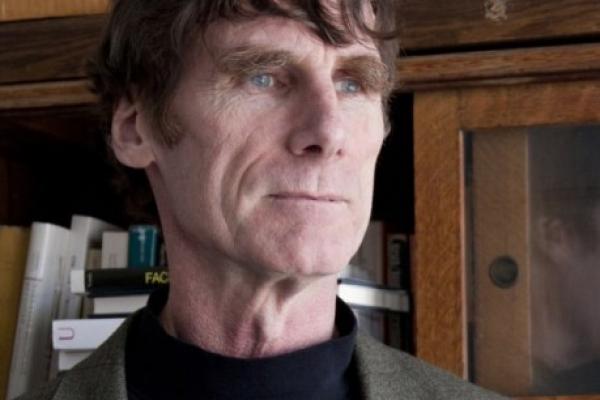 Distinguished University Professor James Phelan was awarded the 2021 Wayne C. Booth Lifetime Achievement Award from the International Society for the Study of Narrative. This award honors “outstanding scholar-teachers who have made sustained contributions to narrative studies over the course of their careers,” and has been previously awarded to such leading figures in narrative studies as Hayden White, Susan Stanford Friedman and Gérard Genette. See below for the Awards Committee’s announcement, including details about Phelan’s tireless commitment to the study and teaching of narrative theory, the creation of Project Narrative and the development of international networks of scholars:

"Phelan has devoted his scholarship to developing a comprehensive understanding of narrative as rhetoric, and his rhetorical poetics has become one of the most influential ways of thinking about narrative as a way of knowing and a way of doing. Starting with his famous definition of narrative as “somebody telling somebody else on some occasion and for some purpose(s) that something happened,” Phelan has, over the course of 10 authored or co-authored books and more than 175 articles, offered new ways of thinking about style, character, narrative progression, first-person narration (reliable and unreliable) and narrative ethics. This work also has led to insightful accounts of broader issues such as genre, authorial agency, the audiences of narrative and fictionality. Among Phelan’s most important works are Reading People, Reading Plots (1989), Narrative as Rhetoric (1996), Living to Tell about It (2005), Experiencing Fiction (2007) and Somebody Telling Somebody Else (2017). In recent work, he has been contributing to the field of narrative medicine.

"Phelan is also a willing collaborator, most recently in Debating Rhetorical Narratology (2020) with Matthew Clark. In addition, Phelan has collaborated significantly with Peter J. Rabinowitz on editorial projects (Understanding Narrative and the Blackwell Companion to Narrative Theory, and for 25 years, the book series on the Theory and Interpretation of Narrative at the Ohio State University Press) and in a contribution to Narrative Theory: Core Concepts and Critical Debates (2012), itself a larger collaboration with David Herman, Brian Richardson and Robyn Warhol. Phelan has done other important collaborative writing or editing with Henrik Skov Nielsen, Richard Walsh, Brian McHale, Jakob Lothe, Jeremy Hawthorn, Susan R. Suleiman, Robert Scholes, David Richter, Gerald Graff, Faye Halpern and Sarah Copland.

"Phelan’s work as an editor is also extraordinary. He has edited or co-edited 10 books on subjects ranging from holocaust narrative to teaching narrative theory. Since 1992, Phelan has edited Narrative, the journal of the International Society for the Study of Narrative, recently ranked #1 by Googlescholar in the category of “literature and writing.” He continues to co-edit the Theory and Interpretation of Narrative book series, now with Katra Byram and Faye Halpern. He is co-founder, along with Frederick Aldama, David Herman and Brian McHale, and current director of “Project Narrative” at The Ohio State University, internationally recognized as the major center for narrative research in the world.

"Phelan is the soul of the International Society for the Study of Narrative: he has served as the coordinator of its first annual conference in 1986, as president in 1989–90 and as secretary-treasurer since 2005. In his work with ISSN, he has been a key player in maintaining and developing the international network of narrative scholars. His work in narrative theory has been not only field-shaping, but of incomparable pedagogical value. Additionally, Phelan is a devoted mentor to junior narrative scholars, including those in interdisciplinary narratological arenas around the world."