Kathleen Loock (University of Wisconsin-Madison): "The ending is over" 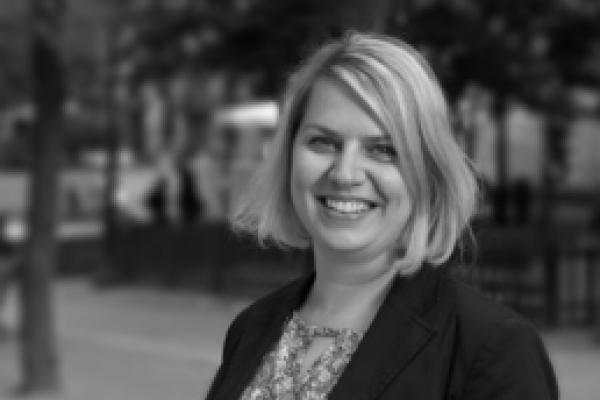 Kathleen Loock is a DAAD P.R.I.M.E. fellow based at the John F. Kennedy Institute for North American Studies, Freie Universität Berlin; during the academic year 2016/2017 she is a visiting scholar at the University of Wisconsin-Madison. Her publications include Film Remakes, Adaptations, and Fan Productions: Remake/Remodel (co-ed. Constantine Verevis, 2012), as well as special issues, journal articles, and book chapters on seriality, cultural memory, and the repetition of narratives from the popular storytelling repertoire. She is currently working on a cultural history of Hollywood’s remaking practice.

In her talk, "The ending is over": Textual Death and Afterlife of American Serial Television", Dr. Loock observes that TV scholarship frequently imagines endings in terms of textual death, but recent inquiries into the ongoing cultural impact and legacy of canceled television series have effectively lifted the sense of finality from the metaphor. Some series have been described as “undead” or “dormant” texts since they have not simply disappeared after their cancellation but remained meaningful and continue to produce new meanings. Other television shows circumvent textual death by striving to secure their ongoing existence in changing media and cultural environments. In this talk, I will outline the possible televisual afterlives of canceled series – as reboots, spin-offs, reruns, reunion shows, and revivals – in order to provide the theoretical framework for understanding one current trend in particular: TV series revivals. The term “revival” is in keeping with the pervasive death metaphor, discursively blending a future-oriented idea of renewal (renewed interest, relevance, meaning) with the death (or near-death) experience of a narrative that is located in the past. Focusing on the recent comebacks of Twin Peaks (ABC, 1990–1991), The X-Files (Fox, 1993–2002), Arrested Development (Fox, 2003–2006), Gilmore Girls (The WB/The CW, 2000–2007), and – in particular – Full House (ABC, 1987–1995), I will explore how American serial television relies on the past to circulate new products through the crowded contemporary media landscape and how it seeks to negotiate the televisual heritage of original series, feelings of generational belonging, as well as notions of the past, present, and future in meaningful ways.